Live it up in Bucks County, PA

We only live once, that is why life is meant to take risks and be lived to the fullest. Travel to as many places and create memorable memories that can last a lifetime. Many people find it hard to pull this off. They get distracted with the daily grind that they only live to sustain, and not live to enjoy and really feel alive. Somehow, we all fall victim to this. We get preoccupied with work or at school, or with our relationships that we fail to see the brighter side of life and enjoy all the things that we have.

But hey, no need to feel down. Being in a place that is full of beautiful sceneries and good vibes can truly uplift ones spirit. And thankfully, there’s Bucks County, PA. It may not be able to compete with Philadelphia County in so many ways, but it also has its distinct feel and beat that makes it exceptional and unique in its own special way. No other place in the state of Pennsylvania is as savvy and enticing as Buck County, PA.  Despite the passage of time, it has remained a formidable fortress in the midst of the picturesque countryside of Pennsylvania. 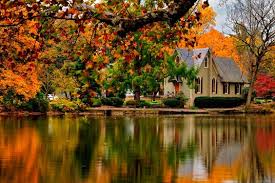 Just northeast of Philadelphia, Bucks County, PA is situated along with over 600,000 people who have sought the shelter of its 622,000 square miles expanse of territory. Bucks County, PA earned the rank as fourth most populated county in the state, and at the 98th spot in the entire United States. Doylestown, PA stands out as the county’s seat for Bucks County, PA, which was named after the Buckinghamshire County in England. Buck’s County, PA is made up of 54 townships and boroughs divided into three sections that comprises the county; there’s Lower Bucks, Central Bucks and Upper Bucks. These sections exude their own particular aura and environment, there’s the queer taste emanated by the numerous bed and breakfasts and inns of Central Bucks like the townships of Doylestown, Buckingham, and Warrington, the rolling hills and lush farmlands of Upper Bucks like Dublin, Perkasie and Hilltown to name a few, and then the mix of historic and urban feel of Lower Bucks like Bristol, Middletown and Newtown. Bucks County, PA also has more than its fair share of one of its kind covered bridges, ten in total. If you’re a free spirit and looking for some authentic R and R, Bucks County, PA is without a doubt the perfect destination for you. Its vast landscape and communities offers tourists a chance to own a home for sale in Bucks County, PA and secure this serene retreat for you and your family for good. Deciding to buy a house here won’t rip your pocket because most homes are truly affordable, and there’s a wide variety of choices to choose from, depending on where in Bucks County, PA you plan to settle down. 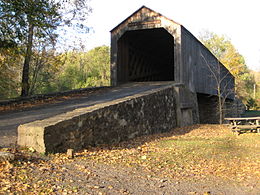 Bucks County, PA is part of the early roots of the state of Pennsylvania. It was originally one of the first three counties established by William Penn back in 1682. He named Bucks County after his home county in England. Other places in Buck County also got the inspiration for their names from Buckinghamshire in England like Chalfont, Wycombe and Solebury. The older Bucks County lost some of its land area when the counties of Lehigh and Northampton were formed. And during the revolutionary war, Gen. George Washington himself and his troop made Bucks County, PA their quarters before heading to Trenton, New Jersey. Their attack had been triumphant and it paved the way in claiming the country’s independence.

Nowadays, White Americans still make up the bulk of the county’s populace at 86.6% back in 2010. The remaining percentage makes up the wide diversity of ethnic groups living in Buck’s County, PA. The biggest contributor to the rise of immigrants are from Eastern Europe, like Russians, Ukranians and those of Polish descent who considers Bucks County, PA their home away from home.

Bucks County, PA is known not just for its countryside, but of the historic places nestled in it. So, let’s take a look at both the old and the new ones, which has painted the landscape of Bucks County, PA for years. First, the Sesame Place at 100 Sesame Road Langhorne, PA is perfect for all of us who are kids at heart deep inside. Obviously, it is a smoke-free theme park which got its inspiration from the Sesame Street children educational show series on TV. Its slogan ‘Be a kid, or be a kid again,’ is just timeless. You can explore its 14 acre vicinity and get engaged in rides, water attractions and shows put up by Seaworld Parks and Entertainment Inc.

Another way to be immersed in the culture and the arts is a day at the Moravian Pottery and Tile Works, a museum based in Doylestown, PA that genuinely exudes history and the arts. They take pride in the making of handmade tiles.

Still in Doylestown, PA, the Mercer Museum is among the three, together with Moravian and Fonthill, which has poured in place concrete structure by the founder himself, Henry Chapman Mercer, a gentleman anthropologist and archeologist.

Fonthill or the Fonthill Castle, the home of Henry Mercer, along with the other two structures built by him, all made it to the National Register of Historic Places and the US National Historic Landmarks. This massive edifice holds 44 rooms, more than 200 windows, 10 bathrooms and 18 fireplaces. It houses a considerable collection of ceramics buried deep into its foundation, as well as other collections of the famed anthropologist. 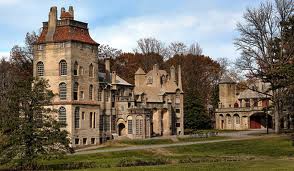 The Washington Crossing Historic Park is a 500 acre park as a tribute to the success of George Washington’s battle in New Jersey after crossing the Delaware River, claiming American freedom. It is further divided into two sections. It has historical buildings, a visitor center and replicas of the memory of the war that was fought by our ancestors long ago. 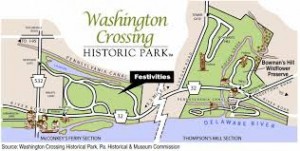 Then, there’s also the Bucks County Playhouse is the commissioned theater of the state located in New Hope, Pennsylvania, which reopened last 2012 after closing down in 2010. Many of the well-renowned actors and plays in Broadway had their debut in this celebrated place.

In Falls, PA, you can find the Georgian-styled colonial estate of the red-brick Pennsbury Manor, the first home of William Penn in American soil. He came here for his holy experiment to free the Quakers from persecution.

The 1,200 acre Core Creek Park in Middletown, PA is the perfect place to relax and unwind while having picnics, hiking, horseback riding, walking and biking upon overlooking the serene view of Lake Luxembourg. One can also let their kids play at the playgrounds installed within the park, or go fishing or boating in the lake. The good thing is that this park is open all year round to provide relief and recreation not only to residents of Bucks County, PA, but to the many tourists who visits it yearly.

The National Shrine of Our Lady of Czestochowa in Doylestown, PA is a Polish-American Catholic Shrine which houses a replica of the Black Madonna from Czestochowa, Poland. They have also preserved in the place the heart of the 3rd prime minister of Poland. Over the years, a cemetery was also added in its vicinity where the remains of the Polish veterans from the second world war has been laid to rest. 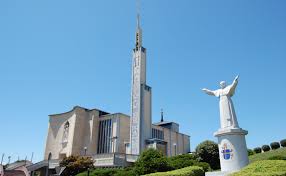 Art lovers will fast their eyes inside the James A. Michener Art Museum and the extensive collection it holds, which is still another gem in the heart of Doylestown, PA. This private and non-profit museum has been named after the Pulitzer Prize winning writer, a pride of Doylestown, and holds exhibits and events throughout the year.  The museum is also notable for its collection of Pennsylvania Impressionism art.

The Greek revival style Andalusia Mansion, or the Nicholas Biddle Estate, after the region of Andalusia in Spain, is one of the earliest and most immaculate example of its kind in the entire country.

A breath of fresh air and some lazy days is just normal when you’re around Lake Galena reservoir in New Britain, PA. Initially as a preventive measure against flooding, Lake Galena now also helps augment public drinking water and even that of the needs of the Limerick Nuclear Power Plant. Peace Valley Park is also on all sides of the lake. 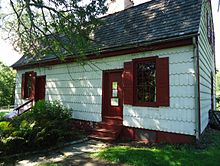 Coming over to Buck’s County, PA, whether for a short vacation, or indefinitely, like maybe for a long while, is surely a good way to get in touch with your inner self while looking at the beautiful surroundings, and enjoy the amazing places that makes Bucks County, PA worth living in. A bit of trivia on Bucks County, PA, the 2002 movie ‘Signs’, starred by Mel Gibson was filmed there.  Also, a short scene from Stephen King’s novel ‘The Stand’, which was adapted in a film was also shot in the county. A whole lot of other films and TV productions were also taken there, like the movie Law Abiding Citizen and the TV pilot of Outlaw. They sure have seen the majestic beauty and allure that Bucks County, PA inconspicuously exudes.