Some places just keep on fascinating us over and over again. There is that unexplainable aura and attraction that this particular place exudes that keeps on drawing in more people. The state of Pennsylvania is not new to this kind of phenomenon, with it being the home to plenty of historical sites that paved the way in shaping the present-day USA. Fox Chase, Philadelphia happens to be that type of place. There are a million and one reasons that make it close to the heart of Americans, and even tourists who want to catch a glimpse of the colorful past of the country, which makes people not just want to visit it but even consider buying a home for sale in Fox Chase, Philadelphia to be able to live and breathe this place up north every day of their lives.

Since this neighborhood is popular for its rich history, it is just right to pay homage to its heritage and legacy by visiting the historic landmarks Fox Chase, Philadelphia is famous for.  After all, the name Fox Chase came from the Fox Chase Inn, a famous go to place back in 1705 when it first opened. In the 1800’s, fox hunting was also the craze for the more affluent residents of the town, thus even reinforced the name it carries until now.

Fox Chase Inn in its former glory (now, the site is home to a Dunkin Donuts franchise)

A brief introduction to the Fox Chase, Philadelphia of older days was that it once belonged to the now defunct Lower Dublin Township, and the refuge of many of the elite after the train system came into place in the county. Nowadays, the Ryers SEPTA train station provides safe and efficient passage of the beloved residents of Fox Chase, Philadelphia to and from the neighborhood. 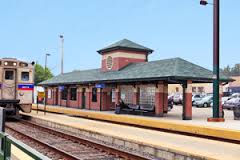 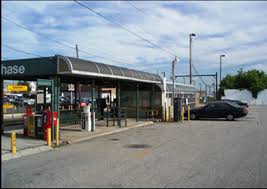 Now, let’s take a look at the list of attractions that makes Fox Chase, Philadelphia more appealing to everybody. First, the Knowlton Mansion or the Rhawn Mansion is a historic landmark in the community. This Gothic Revival style three-story mansion was home to a wealthy Philadelphia banker, William Rhawn. It made the list of the National Register of Historic Places in 1974, and is now the location of the Conroy Catering and a favorite wedding reception for many. 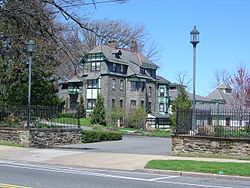 Another formidable estate in the neighborhood of Fox Chase, Philadelphia is the Ryerrs Mansion, or also called the Burholme Mansion, with a magnificent view of the Burholme Park. Just like the Knowlton Mansion, it also made it to the National Register of Historic Places list. 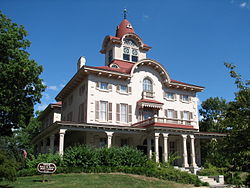 The good thing about being situated up north, there is more than enough space for everybody and the luscious environment to live side by side harmoniously. The presence of parks in communities is a good way to teach children the value of taking care of the environment for future generations. The Pennepack Municipal Park in Fox Chase, Philadelphia has been around for over a century, where its lush woodlands, meadows and wetlands serve as a habitat for countless species of animals. The King’s Highway Bridge/ Pennepack Creek Bridge among others, an ancient structure, can also be found within the vicinity of the park. The Pennepack Baptist Church is also within its perimeter and just like the rest is also considered to be historic in the place. 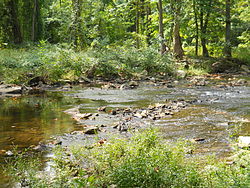 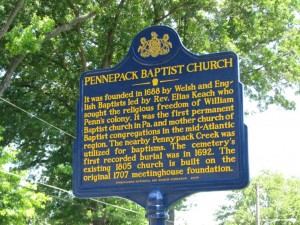 Then, there’s Fox Chase Farm. It remains to be one of the few active farms left in Philly. From a generous land grant by William Penn, the Fox Chase farm has been around for generations and is being maintained right now by the School District of Philadelphia as an educational farm.

Aside from these historical landmarks, Fox Chase, Philadelphia is also becoming more prominent because of the Fox Chase Cancer Center. The number of cancer patients is rapidly increasing every day that the presence of world-class cancer centers are definitely heaven sent for all those afflicted with it. 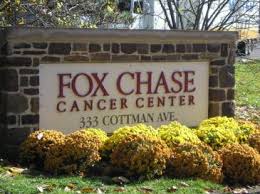