A new life in Horsham, PA

Many people travel the world in order to experience the beauty that different places can offer. Sometimes, when a person becomes in awe to a certain luxury and convenience of a particular place, he or she decides to get a place and move there. This has become a trend to most movers; which enforces an increase in economic feedback to the economy of that place. It not only attracts that family, but makes people close to them aware of the beauty of their new home.

One of the many places that are deemed suitable for settlement is Horsham, Montgomery – a place named after a town of Horsham in Sussex, in the South of England. It was dubbed to be the 34th Best Place to Live in America according to Money magazine in 2007, which implies how well the livelihood is and how many are the opportunities that are present. Horsham, PA was established on 1717 and is home to a population of 26,147 residents, with a density of 540 residents per square kilometer. It has a land area of 45 kilometer squared, mostly flat, and has zero water area which is a plus for avoiding natural calamities such as flash floods and landslides. The setting of the pace is very convenient when it comes to garnering supplies because it is located 10 miles north of downtown Philadelphia in the center of Montgomery County Pennsylvania.

Horsham, PA is also known for the stone bridge, Horsham-Montgomery Bridge, which was built in 1839 with an overall length of 125 feet or approximately 38 meters. It was recognized by USA National Registry as one of the Historical Places in 1988. The Horsham Bridge is very popular because of the claim that this site is very attractive for couple strolling and the inspired scenery can be a good cause for profits. It is also one of the few bridges that form the border between Horsham, PA and Montgomery Townships.

Aside from historical places, Horsham, PA is also known for its parks and recreation.  Aside from the numerous child-friendly playgrounds, Horsham, PA is known to have 4 major golf courses namely Squires Golf Club in nearby Ambler, PA,  Commonwealth National Golf Club, Limekiln Golf Course and Talamore Country Club, with the latter being a favorite reception for weddings. These golf clubs are very popular among townsmen and neighboring towns. You and your family can have a relaxing afternoon without driving for miles and getting stressed in the process. 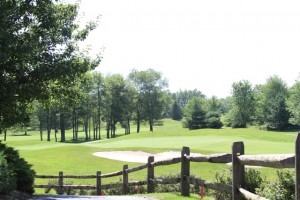 Graeme Park is also situated in Horsham, PA. It is a historic park with an area of 42 acre. Historians are eager to see this town because you can find the Keith House in Graeme Park. The Keith House is a mansion from 18th century which is now owned by the government, and is known to be the only surviving residence of Colonial Pennsylvania Governor. If you are an avid fan of sports of different kinds, then you will be amazed on the recreational courts that are around the corners of Horsham, PA. You have a wide option for things to do in Horsham, PA. It has volleyball, football, soccer, tennis courts, and it even has a lacrosse game field for those who are very fond of this kind of game. Health conscious people would appreciate the township of Horsham, PA because of the Trail System that is best for biking, walking and other exercising endeavors.

The Keith House at Graeme Park 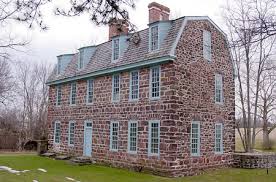 Playgrounds in the Horsham, PA area

So, do not hesitate and check out homes for sale in Horsham, PA. You would not want to miss out on all the great things this fun and exciting town has to offer.